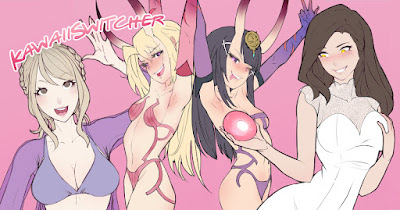 Do you enjoy the content I am releasing to Pixiv?

Perhaps you like to read the comics drawn by Oznovx on my Pixiv/Fanbox or on TSF Singularity's Patreon Page?

If you do enjoy reading it and would like to take part in choosing our next work to commission. Then you can vote for it here on Twitter!

1. Magifender Oni Girls - Plot Spoiler/Rough Draft After having their bodies stolen, Mash Kyrielight will come across the two girls and noticed the oddity in their behaviour. Upon confronting them about their strange appearances, she will transform into her Shielder form but will have her soul ripped out of her by Shuten-Illya and Shuten-Miyu will force a Shuten Doujin fragment into Mash's body and cause it to undergo oni-fication, but due to her special nature as a Shielder, she will resist the process?! (also open for suggestions on other servants)
The Perfect Body Series: https://www.pixiv.net/user/37573552/series/164330
2. The Perfect Body Prequel - This will explore the Body Hoppers ability in more details or rather a early days/experiment period of the Body Hopper's life as they come to terms with their new powers. The cast of characters were originally models and references my friend/partner wanted to use but in the end, they went with a more Cosplay focused characters. The cast for this prequel are a group of Cheerleaders who will inevitably lose their bodies and pave the way for our protagonist to master the art of body hopping!
3. The Perfect Body Chapter 3  - This will be a sequel where the Body Hopper has now taken ownership of Yin Yi's and Mia's body. Both gorgeous cosplayers but they come across a small issue. Spoiler plot/draft courtesy of my partner (This will be a Spy x Family Cosplay story, if it goes to plan!) Yin Yi's body is now 6 months pregnant and her body is subjected to a number of back and forth body swaps and due to her belly, the Yor cosplay doesn't quite fit! (The model used for reference has done Yor apparently) and so the protagonist turns their attention to Mia who they wanted to use as a body to cosplay Anya but Mia is a bit too big and they are left with the option to cross play Loid or Yor as Mia.
It is at this point that they catch noticed of a (Very Lewd)Loli body type cosplayer (Name pending) who could fulfill the role of Anya perfectly and so they set a trap to lure them in. Posing as Yin Yi, they explained the predicament that they are in due to the pregnancy and why they have been off the radar for the last half a year. They also reveal their 'Body Swapping' and takes control of Mia to show they power and tempt the Loli Cosplayer to trade bodies with them so they can cosplay as Anya. The Loli agrees but ends up having her body stolen.
The Hopper then takes the Lewd Loli cosplayer and turns them into a the perfect Anya and works to clean up their lewd reputation Originally the idea was that Yin Yi would be Yor, Mia would cross play as Yor and the Lewd Loli would be Anya will be reversed-lewd (basically become unlewd due to the body theft)
If Yin Yi doesn't become Yor, then we may introduce a potential new 4th body...
Additionally there is the potential for a new comic featuring a Time Leaping Body Swapper that not only hijacks a body but travels back in time, takes control of the victims body and make their past and present day souls watch as they hijack their lives!
Posted by Hikari Hoshino at 16:51 No comments: 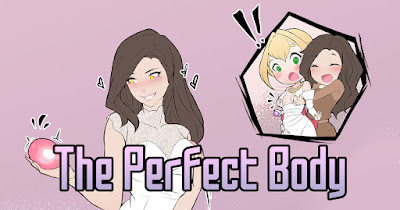 It's been a while and I'm here to share my latest Pixiv Manga: The Perfect Body!

Our tricky little protag has stolen the body of his friend and after some fooling around he managed to ruin their new body. However, they did use it for three months before moving onto a friend of their current vessel!

Mia is a rather playful girl and after greeting Yin Yi the usual way by groping her breast, she had her body stolen by Kuro who transferred his soul out of thier Yin Yi's pregnant body and into Mia's body.

Did you enjoy the method of transfer? Did you have any feedback or suggestions? Please let me know in the comments!

Posted by Hikari Hoshino at 15:58 No comments:

The Majin vs Shielder (NSFW)

Hey guys!
I'm here to promote Khear who has taken on our request and produced this lovely manga of Mash and Gudako vs a Majin that had invaded Chaldea.
Originally I was planning on having this produced as a commissioned sequel to the FGO Magifender Series on my Pixiv, but due to some miscommunication, this has ended up as a requested piece for Khear.
(Sorry to everyone who was looking forward to a sequel!)
As budget was allocated to this Manga request, there will be a delay to our other projects. In the meant time I will look towards doing more captions and will try and finish off some on going pieces of work such as Soul Switch Online and Fate Grand Transfer.
Aside from that, please consider this as a what if story!
NSFW and there is nudity
Khear's Pixiv: https://www.pixiv.net/en/users/74518504
Manga: https://www.pixiv.net/en/artworks/99119304 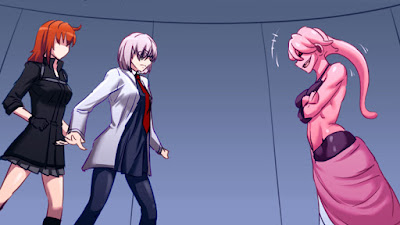 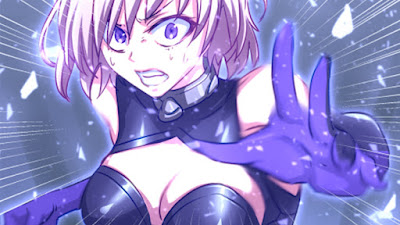 Story:
- A Majin from another reality has entered Chaldea and explored the facility where they came across Mash and Gudako.
- The Majin attempts to absorb Gudako, but then Mash transforms into her Servant state and push Gudako aside and saves her.
- Mash is then captured and absorbed by the Majin who takes on the traits of Mash (as opposed to the scene in Khears' Manga)
- Mash is held inside in the same pod you see in Dragon Ball.
Had this been included as a chapter, the Majin would have become a villian for The Magifender Oni Girls to fight, but now it's back to the original plan which I had discussed with Oznovx and will most likely be a series that I will work exclusively with him and my partner to complete!
If you are interested, please show some love and support and join my Fanbox <3
Fanbox: https://www.fanbox.cc/@kawaiiswitcher
Posted by Hikari Hoshino at 19:21 No comments: 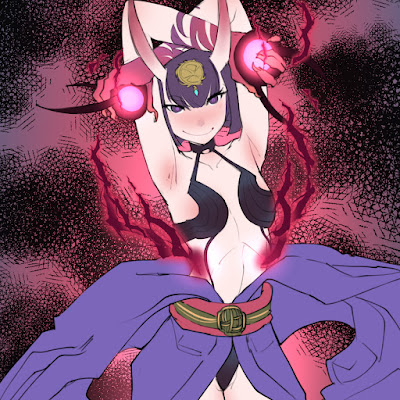 Hey everyone! I'm here to promote the new FGO Manga published on Pixiv and Fanbox!

Those of you who are fans of TSF Singularity and are familiar with Oznovx will be delighted to know that this chapter was produced by Oznovx!
Pixiv link: https://www.pixiv.net/en/artworks/98675861
Fanbox link (Coloured version): https://kawaiiswitcher.fanbox.cc/posts/3900124 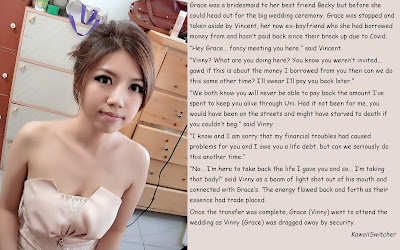 Just legit finished writing this one! Hope you guys enjoy...
Posted by Hikari Hoshino at 13:44 No comments: 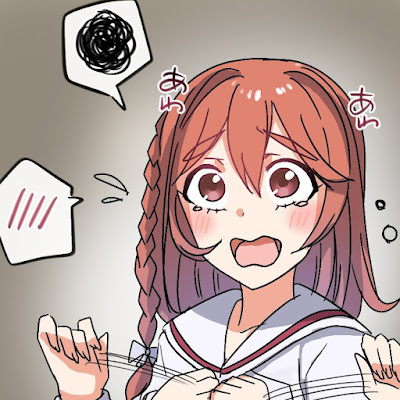 Heya! Those of you who are on my Discord channel has most likely seen it already, but I've made my debut on Pixiv and posted a comic that I had commissioned with Closed-Rim.
This is a little bit different from my captions and my scenario and will feature more lewder and 18+ content so viewer descretion is advised.
If you want to help influence the next chapter, please check out my Twitter post.
Rent-A-Girlfriend Pixiv: https://www.pixiv.net/en/artworks/98329687
Twitter Poll: https://twitter.com/KawaiiSwitcher/status/1525976188514082816
Closed-Rim Twitter: https://twitter.com/close_rim_open
Closed-Rim Pixiv: https://www.pixiv.net/en/users/64720483
Posted by Hikari Hoshino at 16:37 No comments:

I think there has been other stories of this nature.
Posted by Hikari Hoshino at 10:56 1 comment: